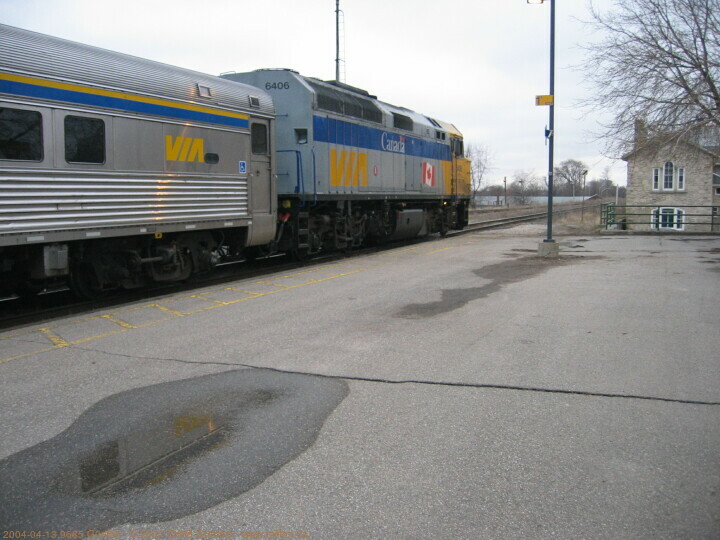 On my way back from the first day at Real World Linux 2004 Conference and Expo in Toronto, I heard on my scanner that the engine on my train was VIA 6406, one of two VIA engines on my Most Wanted list due to having an HO Via engine with that number.