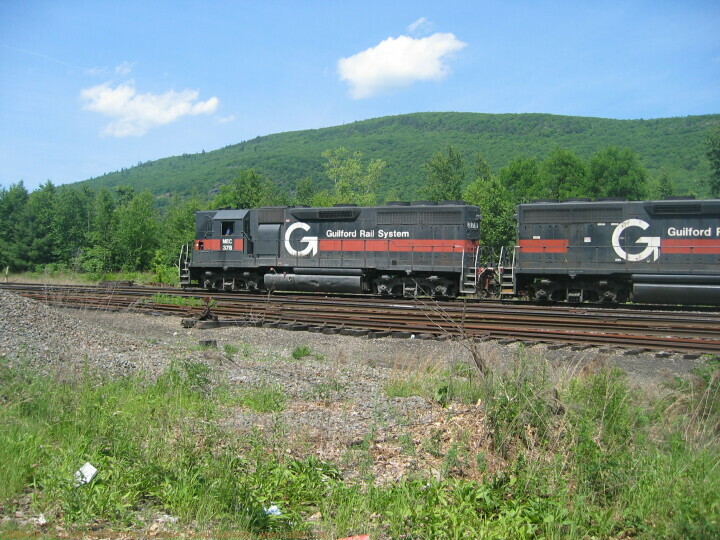 Finally, just before leaving Brattleboro, I heard an EOT on my scanner and got to the tracks just on time to catch a short local train heading North on the NECR tracks in town.