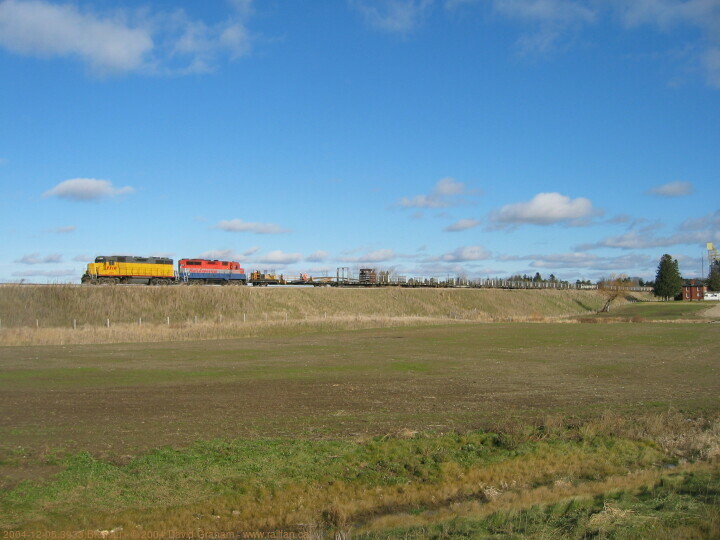 (map) This is a small town between Guelph and Kitchener-Waterloo on the GEXR Guelph Sub.

GEXR laid CWR on Friday, Saturday, and Sunday. Saturday they worked for more than 14 hours straight in intense rain, but Sunday was a beautiful day and they were able to wrap up their work within only about 6 more hours. By the time I found them they only had 2 pairs of strands left to lay, and only one of them was near enough to a public road for me to see.

In the evening, CP's 2004 US-bound holiday train (there is a second holiday train which heads North and ends up in British Columbia) stopped in at the Galt station. Though I heard its clearance from Guelph Junction to Orr's Lake on the scanner, we didn't leave till later on and only caught it moments before it left.