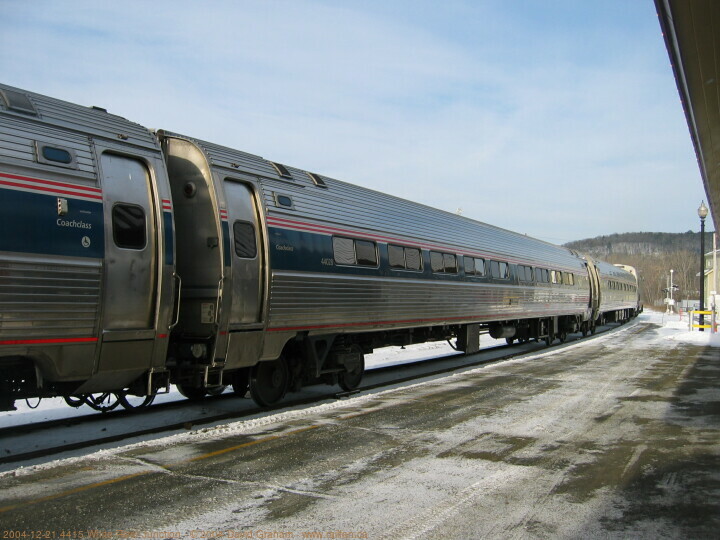 We got up in White River Junction and headed for the tracks just in time to see the Southbound Vermonter. After that we toured the museum next to the station and proceeded along the tracks to Bellows Falls before concluding our travelling in Brattleboro.