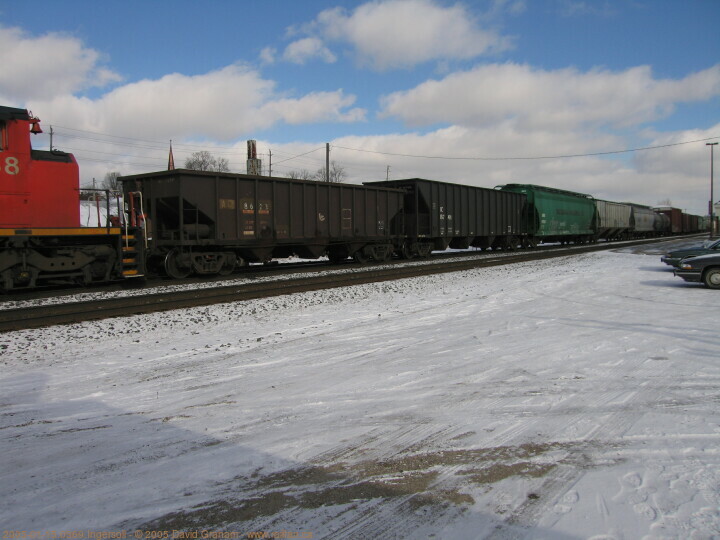 Jay, Chris, Steve, and myself met up with Walter in Ingersoll. For the first time, I attempted to take pictures of the same trains with two cameras at the same time, one angled for approach, the other for going-away shots. The photos were then renumbered against the time-stamps to try to put them in order, until I discovered that the two cameras' clocks were out of synch. I figured the two cameras were 26 seconds apart, and that is what this sequence is based on.