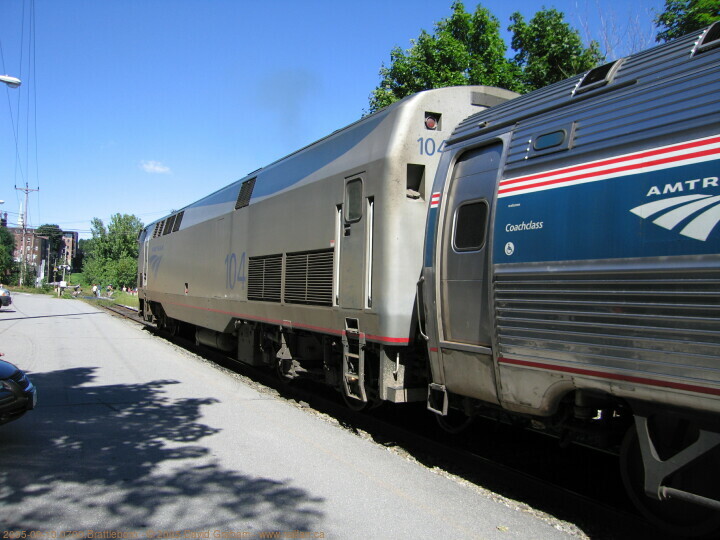 I heard someone say they would be in Brattleboro in 10 minutes, so, wasting no time, I got to the yard and caught NECR #323 arriving with 107 cars and 3 units. The train switched for a while and then had to clear the main into a siding 1700 feet shorter than the train to meet the southbound Amtrak Vermonter. GRS' EDWJ went by after I left the tracks but I needed to get back and did not get to see it heading North. Later in the day, we heard an MEC train heading South and caught WJED (EDWJ's counterpart) heading back through Brattleboro, and chased it to Vernon.