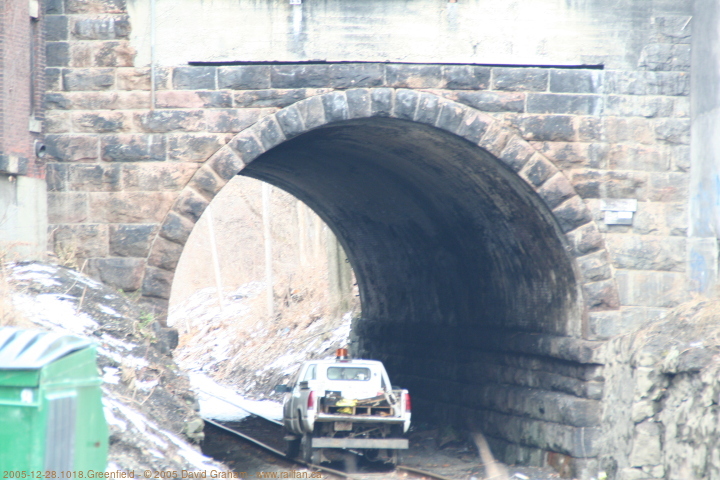 I went after NECR's Southbound, hoping to shoot it at the bridge in Miller's Falls I accomplished this, but somehow accidentally put my camera into Manual mode instead of Aperture Priority, and didn't notice... causing a number of washed out pictures (originals here). I ran them through a histogram equalisation and they look less (or at least differently) awful, and will figure out what to do with them and the originals when I get home. I then went to Greenfield, hoping to catch EDWJ, which ran unusually early, and rushed back to Brattleboro to catch it there (where it ended up sitting for 2 hours waiting for permission to proceed. I guess it doesn't pay to be early!)