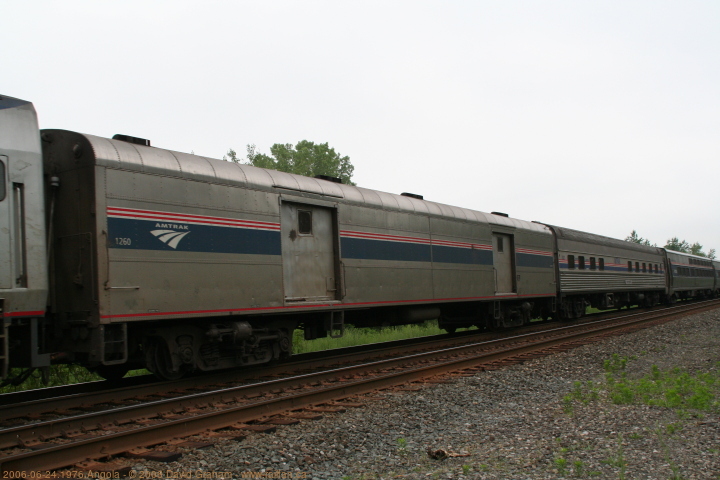 (map) In the township of Evans, New York are the towns of Angola and Derby where the CSX Chicago line parallels a somewhat quieter NS track between nearby Buffalo, NY and Chicago, IL. A great spot for shooting both of these is at Sturgeon Point Road, with plenty of warning from talking defect detectors, CTC signals and headlights.

I took Kevin, Steve, Brian, and Laura down to the US for Kevin and Steve's first taste of American railfanning. We worked our way along the coast of Lake Erie all the way to North East, Pennsylvania, stopping at Angola, Dunkirk, and Westfield. Our total haul for the day was around 38 trains, including several that we saw without shooting as we travelled. BNSF's lone "vomit bonnet" led NS #310 through Angola, among other interesting catches.