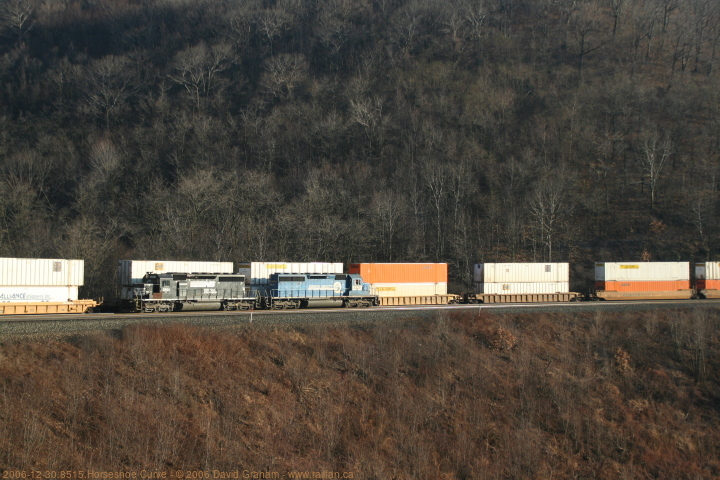 (map) Horseshoe Curve, just oustide of Altoona, is the site of a Pennsylvanian State Park and purpose-built railfan observation platform, complete with its own cable-drawn tram to get up to it. The tracks change in elevation by 122 feet as they go around the observation deck.

We headed for Horseshoe Curve to start the day catching two there, moved to Cresson for the Amtrak and a few trains, and migrated toward South Fork in hopes of finding the SD80MACs. We didn't immediately, but did meet an SD80 nut named Dan who we chased while he chased a coal train the short hop up to Summerville, and then headed up to Creslo Station to shoot coal train C90 coming from the mines -- with 5 SD80MACs for power (3 at the head end, 2 pushing). After spending an unholy amount of time chasing and watching the SD80s, we returned to Altoona to see the museum, which closed the week before for the season, and then spent some time exploring the area around the museum and Amtrak station.