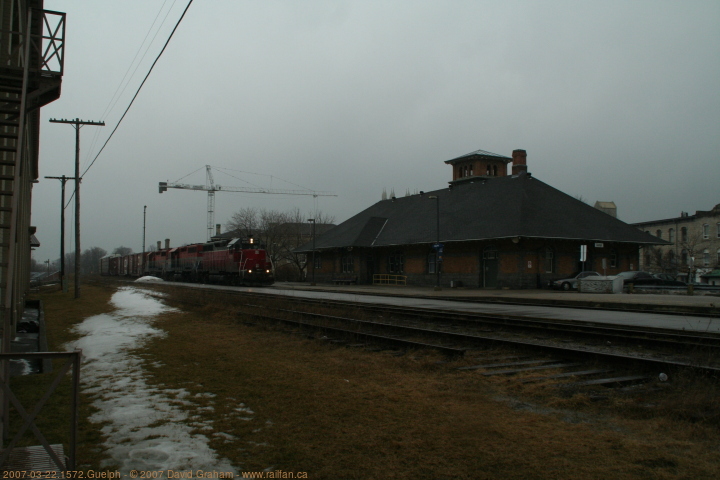 I got word that GEXR #432 had 3 EF Carajas export units. As soon as he was over the detector at Breslau I went to Guelph station to get him, finding the weather to be somewhat substantially worse than I would have liked. With the traffic light gods on my side while the weather gods were against me, I got to the station just as the headlights were coming around the corner, put my video camera on the dashboard, and stepped out into the downpour.