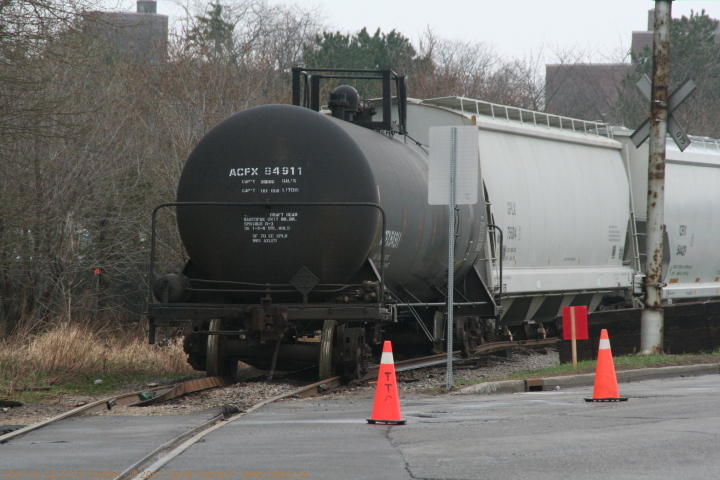 Derailment! GEXR #580 derailed 6 cars at the exact same spot GEXR #580 derailed on October 22nd, 2003. I went to check it out about an hour after it happened when 4046 came to rescue the tail end cars and open the Edinburgh Rd crossing at 11:00, again around 17:30, and one last time around 22:00 when I found 3 cars still derailed with the crew all having gone home for the night.