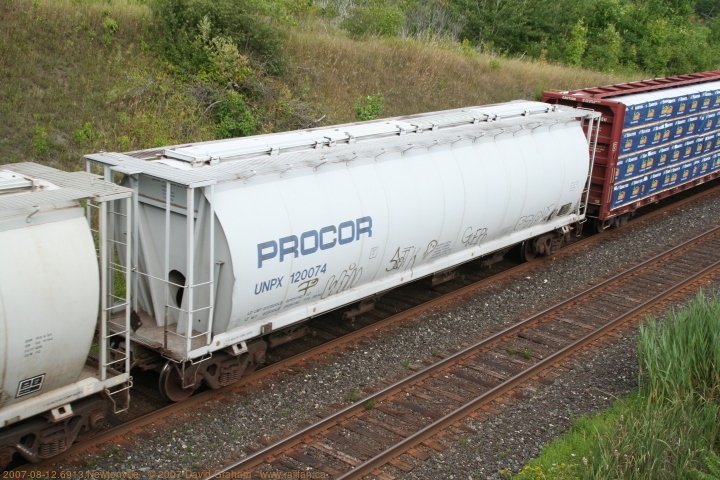 (map) This community is about an hour East of Toronto. Through the area the CP Belleville sub from Toronto to Montreal, and the CN Kingston sub on the same routes run parallel.

After visiting friends in Whitby, we went up to Stacey Rd in Newtonville for a couple of hours, catching VIA #44, CN #371, VIA #57, and CP #122 before getting rained out.