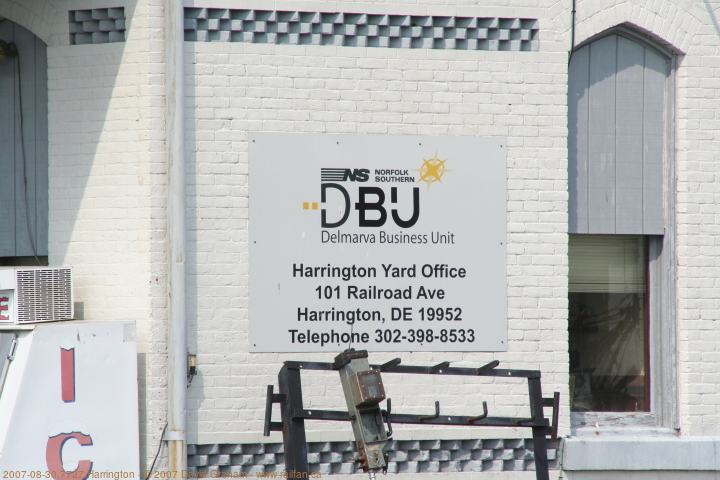 Harrington is the site of a small Norfolk Southern yard just to the west of Milford, Delaware.