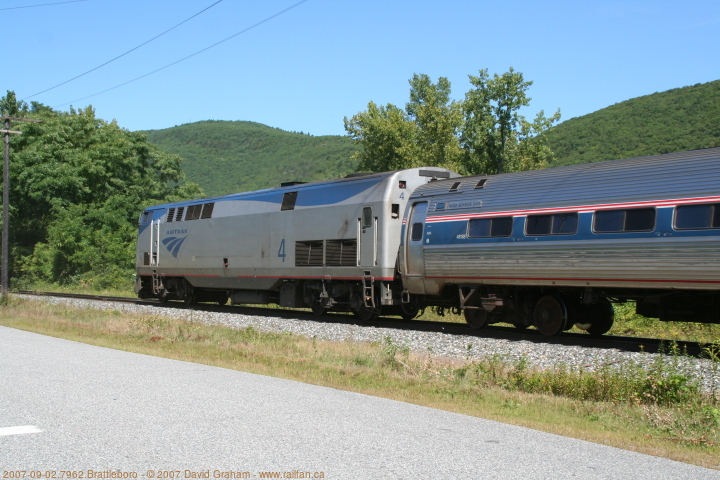 I went down after lunch to shoot the hour-late southbound Amtrak Vermonter, finding it with locomotive AMTK 4 trailing. Several minutes later it crossed the detector 3 miles away at Vernon at 13 miles an hour.