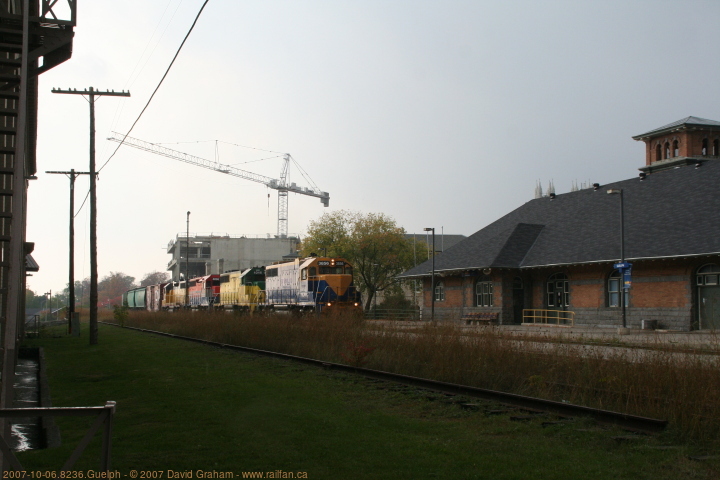 Near the end of a tiring election campaign against the ill-conceived concept of Mixed Member Proportional representation in Ontario, I escaped to Guelph station on a rainy day for GEXR #432. In spite of new Alaska units on CN, CSX detours on CP, new CN units showing up from both GE and EMD, and ETR 9 doing regular steam excursions in Waterloo, I've not escaped to the tracks other than for this one train in the last month due to the election and home renovations. But worry not, I'll be back!