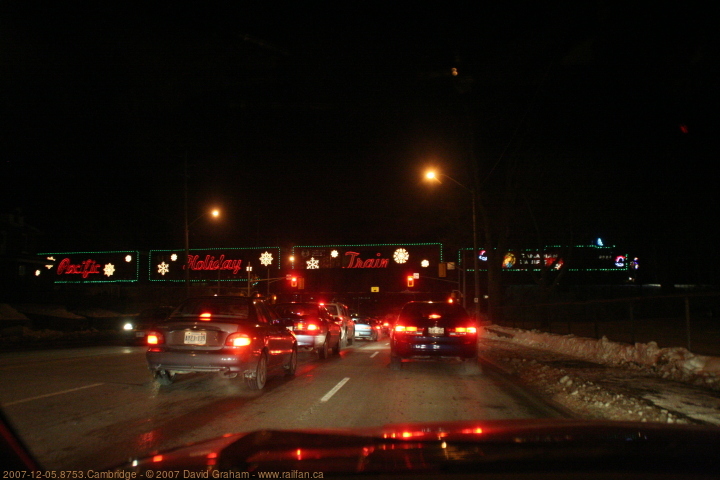 I went to Guelph Junction to get CP's Holiday Train, only to find that it was not posing anywhere publically shootable but hiding out on the inaccessible west leg of the wye. After shooting it leaving, I got gas and meandered over to Galt to shoot it posed on the bridge after its show at the station. I had a grand plan: I would take a video of it entering the bridge, swap cameras on the tripod, take long exposures, swap cameras, take a video of it exiting the bridge. Only one flaw in my plan: it did not stop for the antiicipated 5 minutes, but only for around 20 seconds -- just long enough for me to swap tripod mount screws. My desperate, unfocused, failed shots of the tail end of the train as it disappeared have been left to allow you to share in my frustration at that moment.