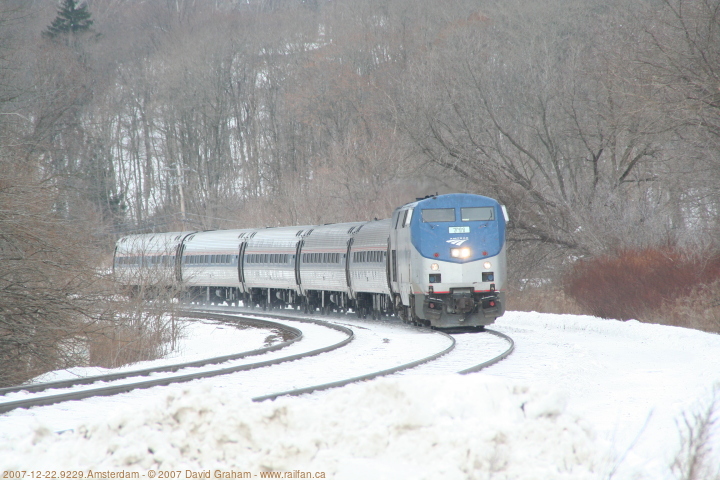 Amsterdam is on the outskirts of the Albany area to the west where the CSX and Amtrak lines fork to enter the state capital region.

Matt came down from New Jersey to meet us in Amsterdam. We shot several CSX and Amtrak trains there before heading down to Rotterdam Junction to see if Guilford was around. It wasn't, and we headed south to Delanson on the D&H to see what was happening there. On arrival we found a small Kia high-centred on an uncleared road and proceeded to spend the next few minutes using our winter gear and Matt's tow hook to remove the vehicle. Much to the entertainment of all concerned, Matt's Pt Cruiser saved the day. We then shot DH 931 - a CN run-through train with NS power - and NS 169 meeting before heading off to an unpronounceable town a few miles away to try and track down a mysterious new shortline that appeared at Delanson six days earlier.