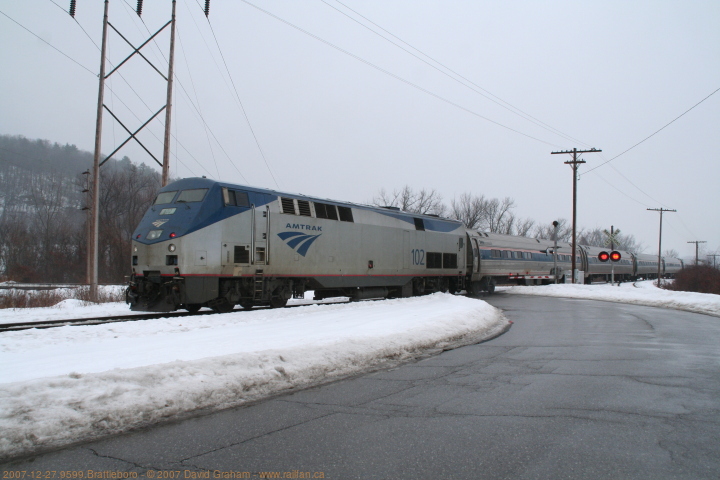 On the 26th I woke to the sound of a whistle as a train left Brattleboro. This time I woke up at dawn and turned my scanner on, almost immediately hearing NECR 323 and 324 converging on Brattleboro. We headed down to the yard and shot both, then chased 324 the three miles to the first crossing south of town by the detector at Vernon before returning for breakfast. My lunch later was interrupted by the sound of Pan Am WJED entering Brattleboro and so I went down to the yard to watch it and the Vermonter head south.