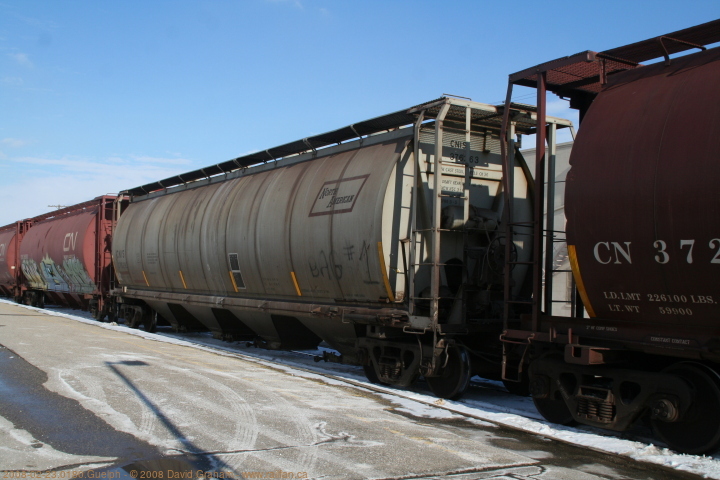 In the morning, we got GEXR X432, 6 units light power on the way to Toronto from the farmers' market. In the afternoon we caught it coming back as a potash unit train on our way to the airfield for me to do a checkout flight in C-GQRA. While my instructor and I flew around, Laura sat in the back and took photos, mostly of the controversial Lafarge lands in the core of Guelph.