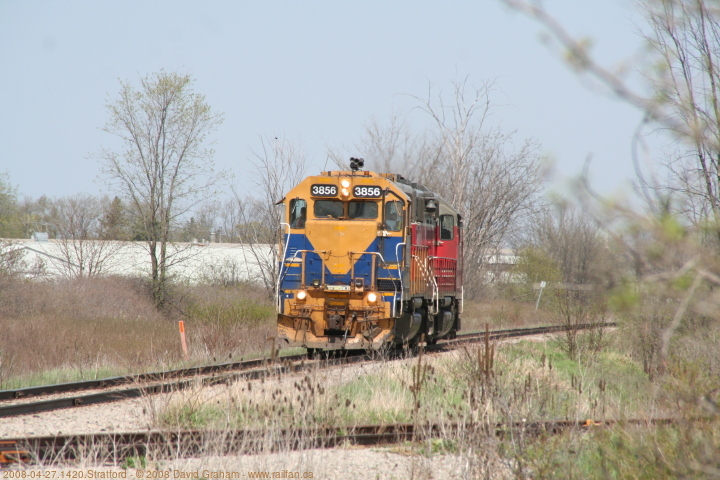 (map) Stratford lies between Kitchener-Waterloo and London on the GEXR Guelph sub and is the home of Cowie junction, where the GEXR Goderich sub begins.

We headed down to Cambridge, tieing CP #159 to the crossing at 50.05 Galt sub. CP #244 came over Galt bridge with a CEFX bluebird leading. From there we went to Ingersoll for OSR's Salford shops to see the CP MP15s that have come in, finding two there next to the TH&B unit, and the other two tucked away in a spur in Mount Elgin. From there we headed back to Ingersoll for lunch and CN #385, then up to Stratford where we just barely caught GEXR #433 leaving town light power before returning home. Hopefully it's not another entire month before I get out again!