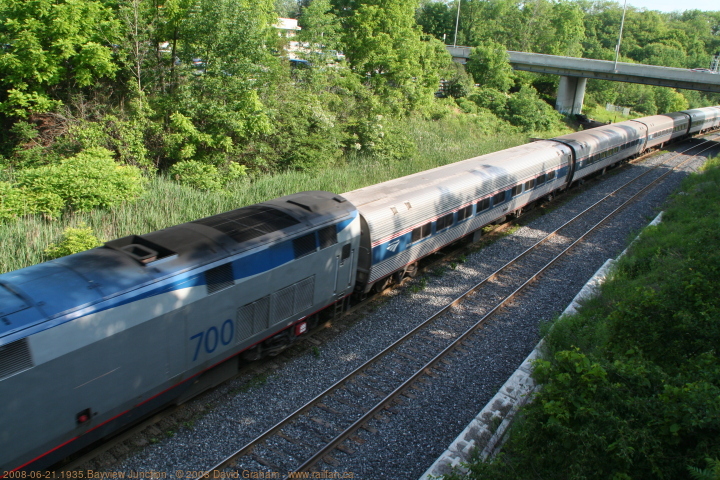 Annual Bayview meet! I've missed the Bayview meet for the last several years as I've usually been away the day it's held, but I got there this year, as did more than a record 40 other local railfans, including most of the 'railfan chat' regulars. The trains were not that prolific, but a good time was had all around. CN 385, 396, 422, 148, 399, 435, and 393 (no photos) plus the usual Vias went through while I was there. CP Galt sub was much busier thanks to some detours and I narrowly missed a 117 car empty coal train coming out of Puslinch on my way home.