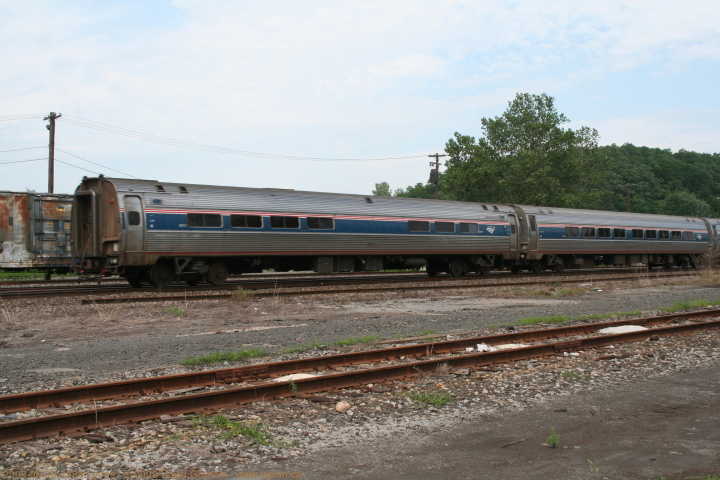 (map) Lyons is a few miles South of Geneva, New York, linked by an NS track from the town's ex-Conrail CSX main line to the Finger Lakes Railway.

We started our day out in Medina, scoping the Falls Road toward Lockport to chase a winery excursion train back to Medina. From there we caught CSX Q364 at the small town of Corfu and went off to the other side of Rochester to check out the OMID at Sodus. Finding nothing there, we headed up to Lyons until we got rained out and headed to Henrietta for the night. At our hotel, we looked up the address of the Rochester and Genesee Valley Railroad Museum which Laura had found in the Rochester Visitors' Guide earlier in the day. We went off in the evening to see if we could find them, hours after their scheduled closure. We found the museum and started photographing the equipment parked out front. Moments later, LV 211, the museum's RS-3M, came down a hill and the crew were as surprised to see us as we were to see them. Checking that museum out definitely paid off.