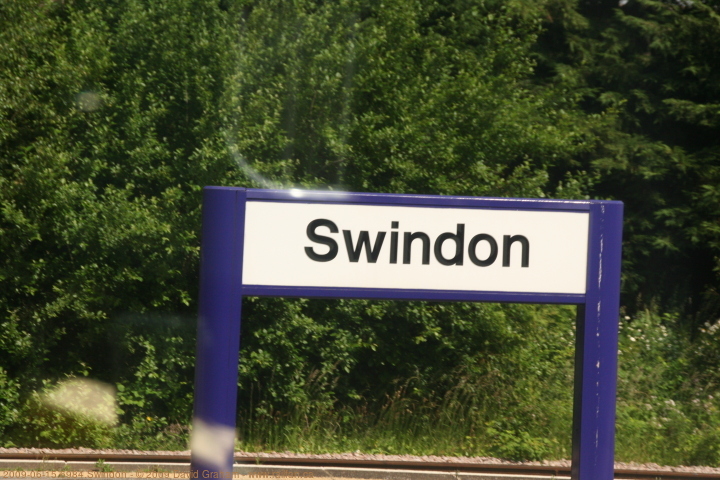 Swindon is famous among locals for its fanciful roundabouts -- look at a map of the city to understand quite why -- and is also along the line between Reading and Bristol.