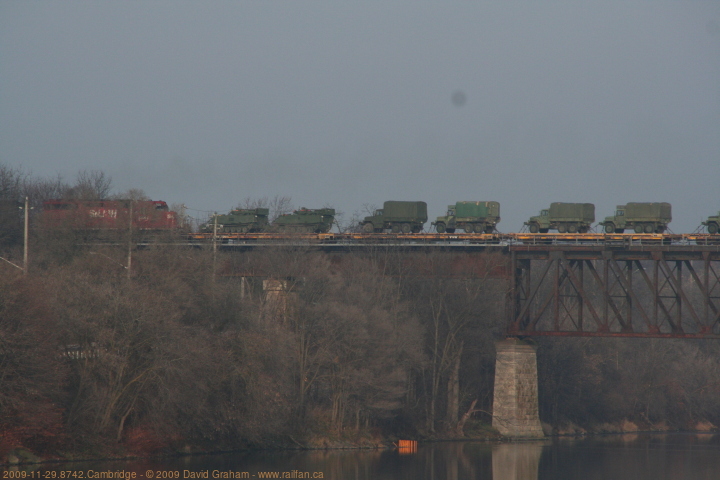 Got a scramble wakeup call at dawn that a Canadian Forces extra was westbound by West Toronto. Went to Puslinch for it, but was fogged in, so shot it (no video) at Galt bridge.