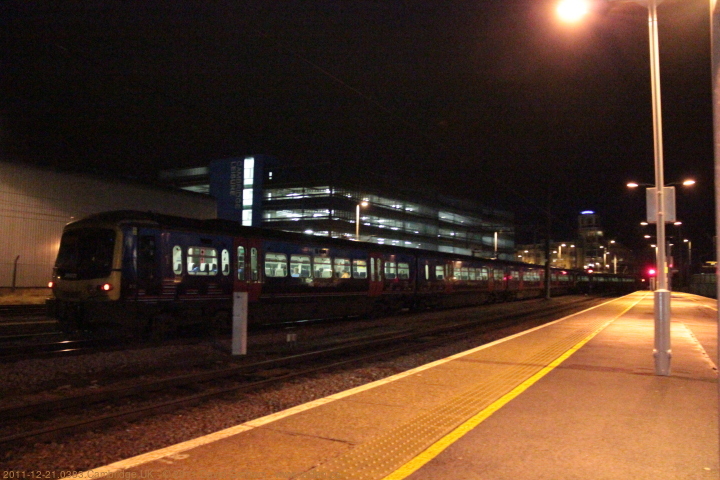 Cambridge is an academic and high tech city about 45 minutes on the express train north of London.

I left High Wycombe for London, dropped off my bag at a friend's house, had lunch with my cousin, got on the train to Cambridge at London-Liverpool St, watched trains at Cambridge for some time in failing light, had curry with a friend there, and hopped the train back to London-King's Cross and back to my friend's house.