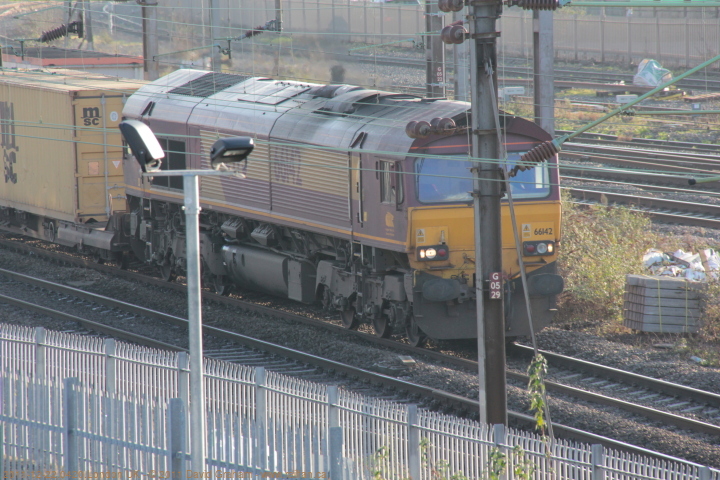 (map) The English capital is a highly busy railway-using city with an extensive passenger network.

We took the London overground to Willesden Junction, explored there, took the Underground on the Bakerloo to the Jubilee line, got off at Westminster, found Parliament closed for the holidays, walked to Trafalgar Square for lunch, on to Covent Garden, toured the Transport Museum, found the Rosetta Stone at the British Museum, grabbed a doubledeck bus on route 242 to Hoxton to the Monster Supply Shop, stopped in at the East London Furniture Company, on to London Hackspace, and across to Brick Lane for curry on a street where salespeople from each of the numerous curry restaurants try and pitch you on a deal to get you to eat there instead of next door, then took the Overground back to Camden Town, catching a Freightliner intermodal on the Overground tracks as we detrained.