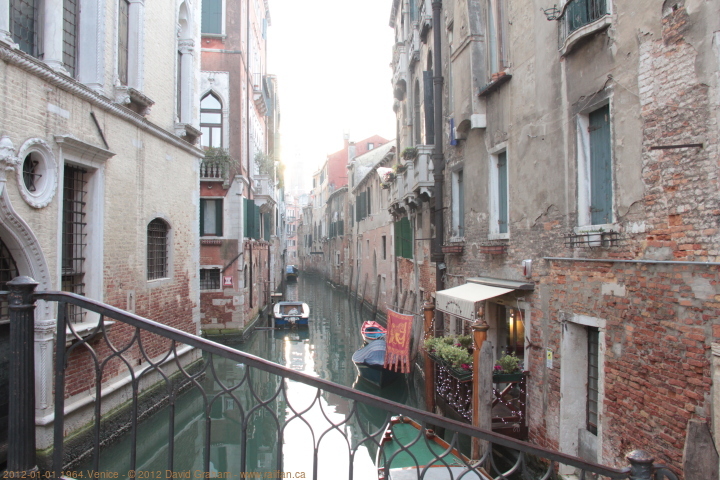 Venice is a historic island city on the north-east coast of Italy known for its walkability (a large part of the island cannot be traversed by car) and its canal routes to get around the city.

I took the direct train from Geneva to Venice and explored the fascinating island city for several hours, before taking a convoluted overnight route back to Geneva via Milan, Chiasso, and Zurich.