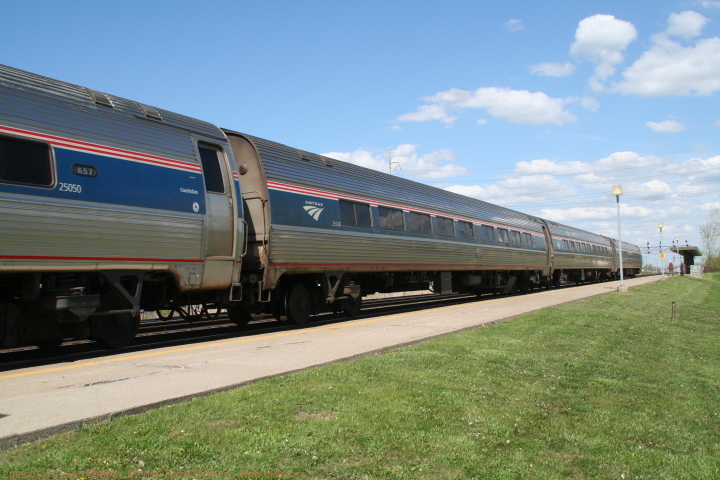 (map) This is at or near the Buffalo-Depew Amtrak train station in upstate New York, near the Canadian border.