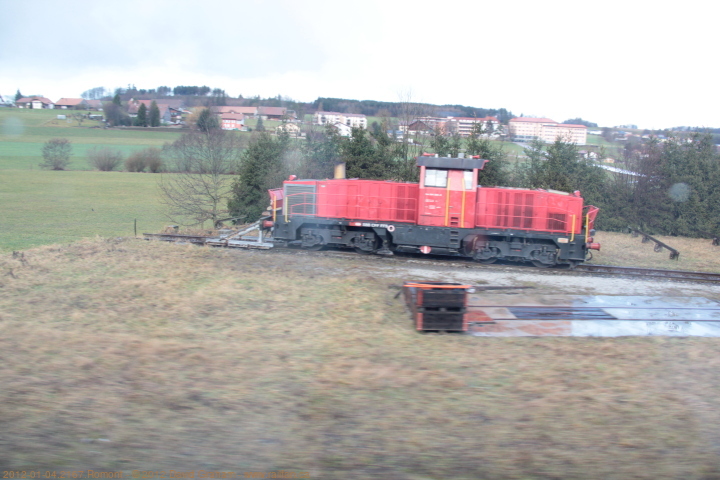 Romont is between Lausanne and Bern.