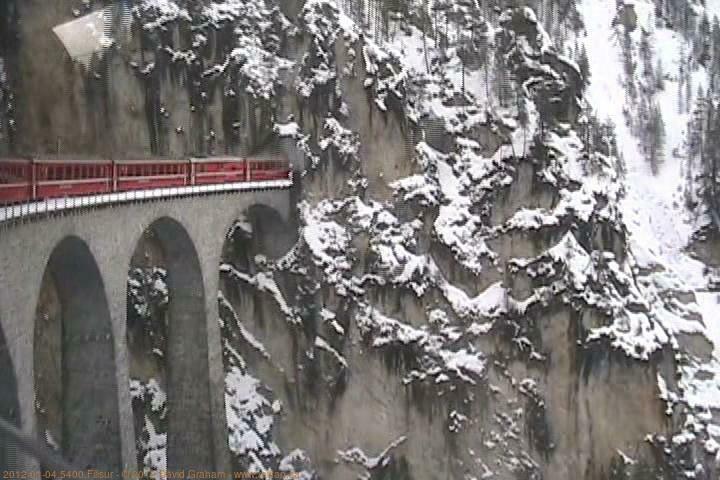 The site of one of the most impressive viaducts I've ever seen at Landwasser, Filisur is a junction point on the narrow gauge line from Chur to St. Moritz.